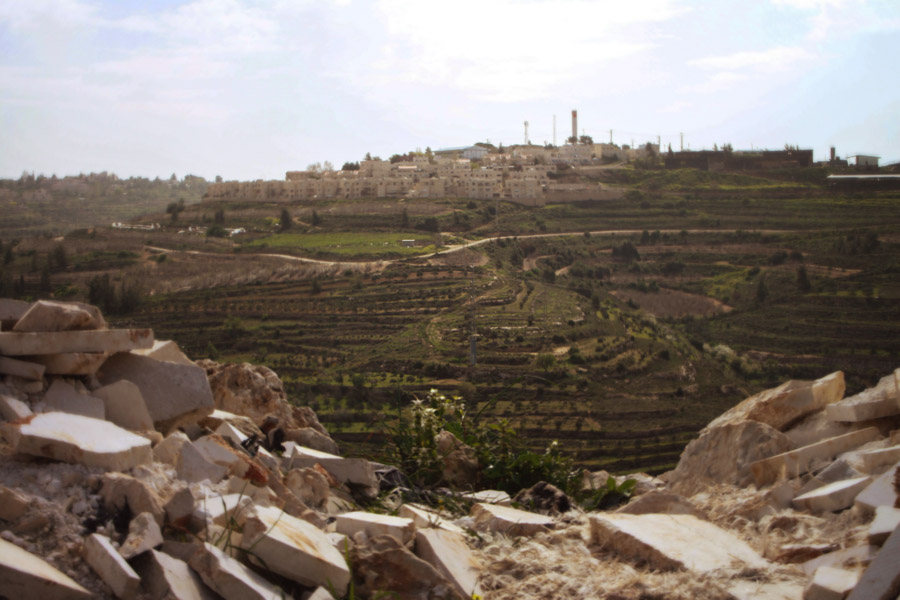 I spent a day last week in Arizona with one of our Telos church partners. This is a beautiful community of people honestly seeking to find ways to live as peacemakers at home and support it abroad. They’re organizing a conference in February in which they’ll tell the stories of Israeli and Palestinian friends they’ve met, teach their people about peacemaking, and explore ways to deal with difficult issues like race and Christian-Muslim relations at home. I love seeing Telos partners take initiatives like this one. These are the “stories of change” we have to write and tell, often and widely.

Such stories are sorely needed in an era marked so strongly by division and disunity. As we prepare to spend time with families and friends some of these divisions will no doubt surface. A question I keep being asked is “what does it mean to be pro/pro/pro in such a time as this?”

And what a time it is. The peace process designed to resolve the Israeli-Palestinian conflict has long suffered an acute lack of credibility. To any objective observer, there is of course a sharp disconnect between the vacuous lip service political leaders in Washington, Jerusalem and Ramallah pay to it, and the harsh but concrete reality anyone with eyes to see cannot deny: namely, an unyielding project to establish new “facts on the ground;” the persistent and uncreative resort to violence and terror; the despair-inducing brutality of a nearly fifty year old occupation; the separation—both forced and chosen—of Palestinians and Israelis from each other; the pervasive use of the language of dehumanization and the politics of fear; and the abject failure of leaders to find a way to actually lead their people to a better reality. Despite the volume of words about peace, these actions have spoken with much greater clarity to build a massive case against the legitimacy of the “peace process.”

And now, a new American administration suggests a further shift may be coming, one in which any restraint on behalf of Israelis who seek to destroy the two state solution happily and in full will have to be self imposed because it won’t be coming from allies in Washington. And, to borrow from my friend Danny Seidemann, there may at last be no friends to take away the car keys if Israeli leaders decide to drive home from this party having had too much to drink.

Of course one hopes this scenario does not come to pass. And any fair-minded person would conclude that there exists an unsustainable status quo that begs to be disrupted for the sake of the millions of Israelis and Palestinians caught up in this awful mess. But to burn down the house of the two state solution without the benefit of an alternative that works in some measure for both people is not only irresponsible but dangerous.

So what is ours to do?

1. Let’s apply some of what we’ve learned.

We have been exposed as a divided nation, one in which our opponents are seen as enemies. We are angry at the failure of our institutions and leaders, suspicious of each other, fearful, and we have self-segregated into real and virtual communities of the like-minded making it easy to dismiss or ignore those with whom we disagree, and, more corrosively, to dehumanize those who are different from us. When we do encounter those on the “other side” we either retreat into silence or shout our strong opinions across the divide, listening to divergent views just closely enough to formulate our most effective rebuttal. And then we stand in critical amazement when our politicians in Washington mirror this behavior

For those in the pro/pro/pro movement, this is a time that begs for us to use some of the things we’ve been learning. It’s time to listen to others, to build relationships across divides, to reject the language of fear and dehumanization, to support the work of reconcilation, and to search for ways to turn down the temperature on overheated and hateful rhetoric.

2. Let’s stand in solidarity with our friends.

Frankly, many of our Israeli and Palestinian friends are distressed by the prospects of a new U.S. ambassador who openly rejects a two state solution and disparages Jewish Americans who hold that position. We need to make sure they know we remain committed to supporting their efforts on the ground and will continue to amplify their voices here. Send a personal note by email, make an end of year donation, or promote their work on social media.

The longer I do this work, the more I’m convinced that it is the empowerment of women that will create the breakthroughs needed for peacemaking. As my friend Robi Damelin often notes, in our modern conflicts women and children are often the greatest victims but have the least to say about when and how to wage war and pursue violence. But in Israel and Palestine, women are refusing to settle for this. Just this past October, thousands of women marched throughout Israel and the West Bank, challenging their leaders to act in good faith to end the hostilities and create a peaceful future for their children. These women are committed to waging peace until they prevail. Listening to, learning from, and following the lead of women peacemakers in the Holy Land and here at home should be part of our resolve.

4. Let’s draw deeply from the well of our faith traditions

My Christian faith teaches me that peacemakers are blessed and will be seen as the very children of God. Jesus told followers to abandon their hatreds, their fear, and their self-centered ways, and to embrace a life of enemy love, service to others, and humility. Christianity has given me deep insights into the grace and mercy of God toward us, which allows us to extend grace and mercy to others, and has convinced me that it is not only God’s desire to reconcile all men and women to himself and to each other, but it is also his calling to each of us to join him in this “kingdom of God” project of restoration. But I have also been deeply shaped by the lives and examples of Jewish, Muslim and secular friends who have chosen their path of reconciliation and peace. Religiously motivated violence and hatred is a real and tragic ill wind in our world today, but the best of faith is the best antidote to defeat the worst of religion. At Telos we long to bring together into one community all those of varied traditions who are committed to the flourishing of not just their own tribe but their neighbors as well.

5. Let’s speak to those in power

While there is much we must seek to understand, and many ways we need to defuse conflict, there are other ways in which we must be prepared to speak out. This is the time to consider making your views known. Not everyone will be comfortable with this, or even know where to begin, but elected representatives need to know that there are Americans who support security, dignity and freedom for all the people of the holy land and who likewise reject actions and policies that undermine prospects for peace.

Now is no time to shrink away from public engagement. America needs a broad and vibrant community of pro/pro/pro citizens prepared to live out their deeply held values in support of peacemaking at home and abroad. Let’s determine what is ours to do and get about the business of writing new stories of change for such a time as this.