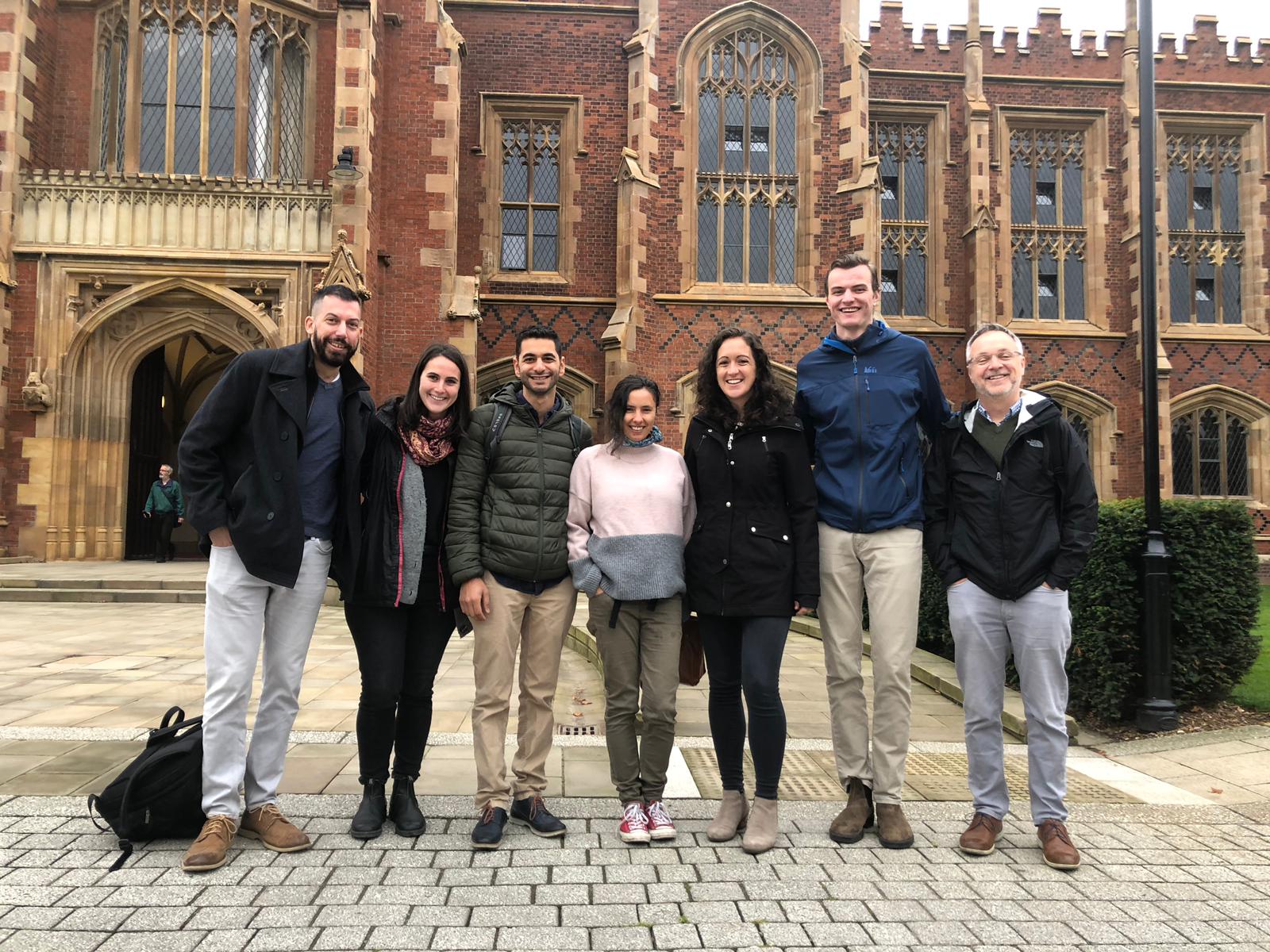 The Telos team has just returned from an experiential learning retreat in Northern Ireland. Five days in Belfast is not nearly enough to fully understand what the locals call “The Troubles,” that long period of sectarian violence that largely ended with the Good Friday Agreement in 1998. But we dove into the deep end of the pool. We went in the posture of the listener, learning from Catholics and Protestants, Republicans and Unionists, Dissidents and Loyalists, and a few folks who are searching for a more shared identity, or actively seeking reconciliation. It was all incredibly powerful, a little overwhelming, and in turns, stretching, confusing and illuminating. (And, since we’re Telos, we ate well, of course.) Playing the role of learner and listener, we were reminded of how so many of our Israel/Palestine trip participants feel!

We each have our own takeaways and are still processing the whole thing. We of course were continually searching for parallels to Israel/Palestine (which wasn’t hard since some Republicans literally fly Palestinian flags and Unionists fly Israeli flags) but also for broader lessons we can learn as peacemakers.

I’m personally struck by the incredible accomplishment of the Good Friday Agreement to end violence and create a political solution supported by both ends of the ideological spectrum. But the peace achieved seems fragile and thinly rooted as the work of truth and reconciliation, or even coexistence, remains largely undone. And now, Brexit, the British exit from the European Union, is forcing to the front issues that threaten the established order.

We so often say that peacemaking and conflict resolution really is gritty and hard. Systems of power have to be rewired and re-ordered to address inequalities. Truth and reconciliation are necessary for healing; justice and mercy have to be linked; and intentional efforts have to be made to humanize enemies. My brief first visit to Northern Ireland both inspires and concerns. But it makes me incredibly grateful for the growing Telos community and the ongoing examples of Americans who are leaning into this way of engaging the world around us.

Greg will lead a Telos trip to Ireland and Northern Ireland in 2020. He also curated a South Africa experience earlier this year. And we’ll soon be making available an opportunity to delve more deeply into our own American story with a trip in the American South. We’re not stepping away from our work in Israel/Palestine—we have 17 trips to Israel/Palestine on the books for 2020 and are launching new initiatives, like the Telos Table, to support our growing network’s post-trip peacemaking and activism—but we look forward to some of you joining us in this new programming as we seek to be agents of healing and change in our divided age.