Our immersive, one-of-a-kind communal deep dives into the lives, realities, and cultures of conflict or post-conflict spaces—providing an unparalleled opportunity for experiential learning and relationship development.

We believe stories have the power to move us, equip us, and call us into action. Our storytelling arm is invested in curating and creating high-quality stories, and amplifying the stories of those often marginalized and unheard.

We encourage and facilitate partnerships across our network, especially those that directly benefit and amplify the voices of our vulnerable peacemaking partners on the ground. This includes philanthropic relationships, mission-oriented partnerships, volunteer opportunities, and facilitating impact-driven business partnerships.

Meet some of our partners who have led and developed our programming in the South. 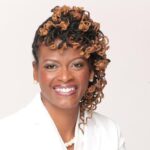 Cassandra Overton Welchlin is co-convener of the MS Black Women’s Roundtable (MS-BWR), an intergenerational civic engagement statewide network of the National Coalition on Black Civic Participation (NCBCP) at the forefront of championing just and equitable public policy on behalf of Black women and girls. Prior to joining MS BWR, Cassandra co-founded and launched an ambitious and progressive MS Women’s Economic Security Initiative (MWESI), an organization rooted at the intersections of race, gender, and poverty. It prioritizes women’s rights, equity, economic security; created an intentional and explicit racial and gender framework; and engages women, particularly low-income women of color, with deep connections to grassroots organizing to create a leadership infrastructure setting the stage for long-term movement-building. 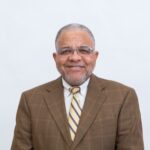 Bishop Ronnie Crudup is the regional bishop for the Mid-South Diocese of the Fellowship of International Churches and senior pastor of New Horizon Church International, which he founded in 1987. He is founder and president of the non-profit New Horizon Ministries, Inc., which operates five community-based programs in the city of Jackson. Ronnie is co-founder and CEO of the Mississippi Faith-Based Coalition for Community Renewal. He serves on the board of numerous local, state, and regional community development organizations and on Telos’ board of directors. He is a frequent speaker in schools, churches, and prisons across the country. 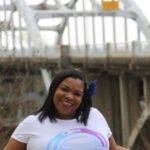 Ainka Sanders Jackson is the founding Executive Director of the Selma Center for Nonviolence, Truth, and Reconciliation, which is committed to bridging divides and building the Beloved Community. She was previously the Metro Guardian ad Litem for the Metro Nashville Public Defender’s Office, Juvenile Division where she represented children who were abused and neglected. She has also been a case manager in the foster care system, a teacher, an adult Public Defender, and serves on Telos’ board of directors.